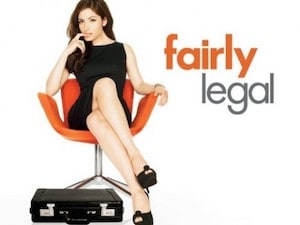 The television drama, “Fairly Legal” is the story of a lawyer-turned-mediator and her ability to cut to the chase to resolve a garden variety of legal disputes in a way that is always superior to litigation in the legal system. All I can say is “thank you” USA Network, thank you.

When I re-trained from litigator to attorney-mediator and launched my new private practice, I read a bunch of books on marketing my divorce mediation practice. Among them was Malcolm Gladwell’s “Tipping Point” a book about how trends catch like wild fire. Now that I had been enlightened to the profound wisdom of divorce mediation, and its incorporation as part of the Maryland Court process, I thought to myself, “Nancy, get ready to ride the wave because mediation has to be at the tipping point…” But no, not really. So impressed was I with Gladwell’s analysis, that I wrote a draft of an article which I entitled “The Tipping Point of Mediation.” But I never published it, because early in practice, I realized that, at least in Maryland, it seemed that Maryland had not reached that “tipping point.”

So I turned my attention to how I might contribute to the push to the tipping point? I attended bar association social events, the Maryland State Bar Association Annual Convention, and sent letters to every lawyer, marriage counselor and clergy person I could find online or in the yellow pages and let them know I was available for hire. My practice puttered along in growth. I revamped my website, once, twice, thrice. I used all of my meager profits to purchase advertising. I snapped up all of the available domain names that I could find. I gave seminars and took continuing education classes. I applied to and was approved as a mediator for the Circuit Courts of the State of Maryland. I gave a presentations to my peers. I had lunches with former legal colleagues and begged them for the cases who couldn’t afford to pay lawyer fees to negotiate. I wrote blogs.

The blogs kept my content in my website fresh. But how fresh can the topics of child support, custody, alimony, property division, divorce or separation agreements be? I researched mediation in the news to unblock writer’s block, and that’s when the new show “Fairly Legal” caught my attention.

I was excited. At least with a tv show I had a jumping off point to write. I’d watch an episode and write a blog. What could be easier? I watched one episode and thought, ok, well that’s not really mediation- a mediator doesn’t leave the disputing parties in her conference room to duke it out while running across town to the courthouse, quickly mediating to save a golden boy from the getto from prison and then run back to the conference room to deliver the wise and profound mediator words which caused the mediation participants to arrive at a magical resolution. No that’s not really mediation, not to mention the numerous ethical violations that the Fairly Legal Mediator beauty (I do love that the mediator is gorgeous) commits each episodes are mind-boggling, but hey, it’s fiction and entertainment. Real mediation would be much more boring. But before I could start my episode by episode blogs a crazy, crazy thing happened. My business phone started to ring off the hook. My part-time mediator friends who use my office for the occasional mediation started calling “hey we are busy we need space” and my email contact forms were filling my inbox.

While I was basking in my suddenly booked calendar and watching my operating account grow, I was in a self-congratulatory mood. I thought to myself, “look at me, my practice is just like ivy, plant it in the spring, and then the next year “sleeping” the next year “creeping” and then finally the next year “leaping!” Just as my financial viability seemed hopeful my fiancé, John, rudely stated “Geez, I guess there’s been no better advertising for you than that show Fairly Legal.”

Hmmmmm….well that burst my bubble a little bit. How dare he not attribute my success to me? I was mad at him for undermining my self-confidence and he scrambled to recover from foot-in-mouth syndrome. “No, honey, sweetheart, wonderful mediator, my love! Let me explain! You can have the biggest boat in the harbor, but if the water level is too low, you’ll just trudge through the silt, when the tide rises, your boat and all others will rise with with it ! The show is the only national, mainstream advertising out there!" (Did I mention my fiancé is a writer, and hence he metaphors his way out of a lot of tight foot-in-mouth spaces?) So I thought about it. Wasn’t it just last week that one of my mediation participant couples mentioned the show? Was John correct?

When I began practicing mediation exclusively I attended a meeting with the Mediation And Conflict Resolution Office (MACRO) to hear what they were all about. There were very few people seeking to be part of the leadership and leadership was focused more on professionalism in practice than whether mediators could earn a living wage. I offered what I thought were marketing pearls of wisdom- “Why don’t we utilize whatever funds we have for organizational advertising? If we wait for litigators to farm us their business we’ll starve.” My thoughts were heard, applauded and dismissed, it simply wasn’t part of their agenda, and who knows, perhaps the funds available to them were few. My point was and is this- if people really understood mediation, and/or knew it existed, felt it was mainstream and not a new age form of meditation, then if we built it- they would come.

Over the years since I opened my practice in early 2006, mediation has grown in an organic and steadily strong way. Not just divorce mediation, but business mediation, and mediation on the world stage of international disputes- mediation is picking up steam. And hence the creation of Fairly Legal. Mediation began to grow, and therefore Hollywood followed. And when Hollywood follows, how far behind can be the tipping point be? Ask my appointment book.