Home
Publications & Articles on Divorce and Mediation
Must Spouses Live in Separate Homes to Obtain a “No Fault” Divorce in Maryland?

Must Spouses Live in Separate Homes to Obtain a “No Fault” Divorce in Maryland? 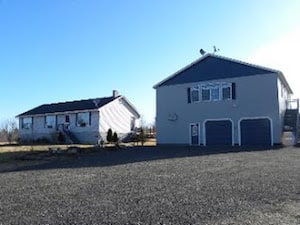 The short answer is usually “yes.” Throughout the years I’ve heard tales of progressive masters and/or judges who have granted absolute divorces where people establish that a single residence has been divided into separate living areas, having separate entrances/locks, and of course separate bedrooms, bathrooms, and kitchens (think “in-law apartment”).

When I was a young lawyer too long ago I represented a client in an uncontested divorce matter in Prince George’s County. The parties had previously come to a Separation Agreement and Property Settlement and had lived separate and apart for several years prior to seeking a divorce. In the interim years the parties had recovered from their separation trauma and had become friends again. The opposing party was moving from an apartment into a new construction home which at the time of the expiration of the apartment lease, was a few months away from completion. You guessed right- opposing party moved into my client’s basement complete with separate entrance, bedroom and bathroom. There was no sharing of any portion of the main house.

Unfortunately, I was not informed of this development until moments before the uncontested hearing and as an attorney, I could not put up perjured testimony that the parties were living in separate residences. Naturally, as a young associate working in a large downtown firm I called every one of my superiors to seek advice, but low and behold, no one was available. I was terrified and angry at my client.

The only thing I could do was speak to the judge in chambers. He listened to my dilemma and explained that if I could prove a truly separate residence within the residence he would grant the divorce. That’s what I did and that’s what happened.

Today, as the mortgage crisis and the separation laws have financially and emotionally paralyzed parties who desire to be divorced, the issue is more compelling than ever. Imagine a situation where the parties, knowing they want to be separated and divorced, craft a plan to live separately within the same home. Perhaps they spend the year of mandatory separation (assuming a ground for divorce based upon a one-year separation) living separately in the same home and because of this, they are able to financially weather the storm for the benefit of the whole family. Perhaps they spend the year saving the funds to pay the deficiency on their “upside-down” mortgage so they can escape the marriage with their credit intact. Or they spend a year together but separate in order to allow Junior to finish up middle school in the district before selling the home. Or perhaps one of the parties is unemployed and needs the time to seek employment or retraining. The reasons parties might need this are many and varied.

This obstacle to post-divorce financial recovery for the family that the legislature has never seen fit to remove is nothing less than anti-family and overly paternalistic. Whatever antiquated or religion-based purpose it may have served in the past is far out-weighed by the needs of modern families and especially in the current financial crisis climate.

One solution? Put off the divorce. That doesn’t mean putting off negotiating and coming up with a comprehensive marital settlement agreement in contemplation of a future separation and divorce, which will also need a future amendment once the parties actually separate that ratifies that the separation actually occurred (and if it is mutual and voluntary, this will also be part of the ratification.) That can be done whether the parties are living together or apart. I mean, exactly what is the rush to divorce once the agreement is signed? The agreement will address every single issue- from alimony to child custody and support to division of marital and non-marital property. Of course there can be no re-marriage (which in my humble opinion is the sole benefit of the waiting periods, again, what’s the rush in most situations?)

Naturally such an arrangement requires a level of rational behavior not always exhibited by separating parties. Imagine a couple mired in courtroom battles attempting to live in proximity to one another. However, more and more, folks are realizing that their finances deny them the luxury of bitter, money-sucking legal battles. The less money a family has the greater the need to cooperate no matter the emotional circumstances. Finally! A real life situation where people with less money obtain a better solution than the wealthy!