Emergency Mediation for Holiday Disputes.
Avoid permanent co-parenting damage! Many parenting agreements lack specificity and/or are ambiguous which causes co-parents to have unnecessary and very painful disputes during the holiday season. Do not ruin your holidays for you or your children. Bend, don’t break! Mediate! Emergency mediation is conducted by Zoom teleconference. Email Nancy Caplan, Esquire attorney & mediator at mediatedivorce1@gmail.com to get your standard informational guide to setting an appointment. Or call 410-296-2190. 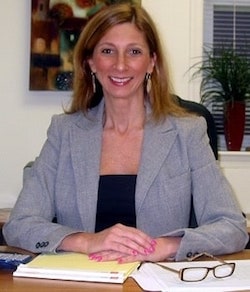 Nancy S. Caplan, Esquire is an attorney in Maryland since 1987 concentrating on domestic relations matters such as separation, divorce, child support and custody and other parenting issues, alimony and property settlement matters.

In 2005, Ms. Caplan earned the certifications required by the Circuit Courts of Maryland to mediate all civil disputes and specifically, a domestic relations mediator for all family law disputes. Since 2006, Nancy Caplan has also served as mediator in non-domestic civil matter and is on the roster for the Circuit Court of Baltimore County in addition to her private separation and divorce mediation practice in Maryland. Ms. Caplan’s practice is specifically limited to mediation and the drafting of settlement agreements for each party’s independent attorney review. The office is centrally located in downtown Towson Maryland, overlooking Towsontown Center Mall, in the Dulaney Plaza Courtyard Offices at 744 Dulaney Valley Road, Suite 1, Towson, Maryland 21204.

Raised and educated in New Jersey, Nancy Caplan obtained her B.A. from Michigan State University in East Lansing, Michigan. She relocated to the West Village neighborhood in Manhattan in 1983 to obtain her Juris Doctorate from New York Law School after graduation in 1986. She was a contributor to New York’s Law School’s Journal of Human Rights. During law school Ms. Caplan worked for the Attorney General for the State of New York in the Franchise Compliance Division in the World Trade Center, followed by a litigation internship in Millburn, New Jersey with McDermott, McGee and Ruprecht handling medical malpractice defense matters.

Thereafter her relocation to Baltimore County, Maryland in late 1987, Ms. Caplan was hired as an associate in the litigation department of Melnicove, Kaufman, Weiner, Smouse and Garbis where she gained her first experiences practicing domestic relations litigation and other commercial, civil litigation. Thereafter she joined Weinberg and Green in Baltimore City as her practice shifted primarily to separation, divorce, custody and post-divorce matters.

Professional experiences in family law matters gained fresh context after Ms. Caplan’s enrollment in mediation training in 2005 with the Honorable Melanie Vaughn, Harry Fox, Esquire and Roger Wolfe, Esquire. The training in civil and domestic relations mediation education provided a sharp contrast to the harsh negative atmosphere of divorce and custody litigation compared to private mediation. Private mediation became Nancy Caplan’s vocational passion after realization that adversarial negotiations are uniquely unsuited to the fragility of people experiencing an emotional trauma. The high cost of attorney-led negotiations and/or litigation added to the traumatic effect of an already fraught situation. Many people were abandoned by the traditional system when legal fees could not be paid. Ms. Caplan’s own experience with divorce and co-parenting after divorce gave her a perspective on the emotional needs of people having the similar experiences. She saw the great wisdom of mediation through thoughtful discussions, venting of complaints, crunching numbers, and making hard choices in a non-threatening, diplomatic environment. In her professional litigation experiences, she observed that the court’s processes intensified emotions and ratcheted up hostilities between the parties. The traditional adversarial process was very often counter-productive and spiritually and financially damaging.

After Ms. Caplan opened her solo mediation in 2006 at Dulaney Plaza in Towson, Maryland, the 2008 global financial set-back had the unintended positive consequence of causing people to explore the more affordable process of mediation with satisfying results. In 2010 Ms. Caplan was a co-presenter of a seminar for drafting Settlement Agreements after Mediation at the Maryland Mediator’s Convention. She has mediated hundreds of family law matters since then.

Ms. Caplan has two adult children and is in a long-term committed relationship with a local psychologist. They share an extended-blended family filled with children of all ages and co-parents that convene joyously together at family events.

Conflicts arising from separation and divorce are natural, but they don’t have to be permanent or scarring. Resolution is possible, if people learn to bend, not break- and Mediate.